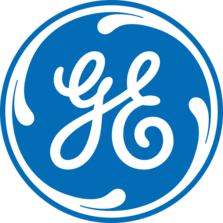 
In turbomachines, a variety of aerodynamic loss mechanisms are present. Increasing the stage load results in the formation of complex three-dimensional flow phenomena, so-called secondary flows. These secondary flows increase the losses of the individual blade rows and, at the same time, also result in an inhomogenization of the outflow and thus an misalligend incidented flow at downstream blade rows. Secondary flows represent about one third of the aerodynamic losses in modern turbomachines. The aerodynamic design of these blades therefore still has a considerable potential to compensate for the higher specific losses due to the greater proportion of near-wall flow at smaller blade heights.

Furthermore, the influence of the gap flows on the main flow also increases with decreasing blade heights. In the design of the front stages in high-pressure and medium-pressure turbines, shrouded blades are used to limit the gap mass flows. These blades can be used in combination with both labyrinth sealing tips and brush seals. As a result, the radial gaps and consequently leakage mass flows are significantly reduced.

The brush seal technology has great potential in the reduction of gap losses and has been intensified in recent years. A promising measure for the optimization of these turbines lies in the modification of the geometrical boundary of the flow channel consisting of the side wall and the airfoil. A three-dimensional adaptation of the geometric shape of the turbine stages and side walls to their aerodynamic requirements involves a considerable potential for reducing secondary flow phenomena and mixing losses through main and leakage flow interactions.

Within the scope of this project, flow investigations are carried out in cavities of shrouded blades and their inlet and outlet planes, as well as in the interaction area of ​​the leakage and main flow. The aim of these investigations is the characterization of the secondary flow and mixing losses and the influence of a 3-dimensional blade design on the main flow. At the same time, data is provided for the validation of the parallel numerical simulations. Furthermore, the influence of brush seals on the leakage mass flow and different axial distances are investigated in this project.

The project is realized as part of the AG Turbo joint project "AG Turbo 2020" and funded by the Federal Ministry for Economic Affairs and Energy (BMWi) in a period of 3.5 years.