You Are Here: Fundamentals of Turbomachines 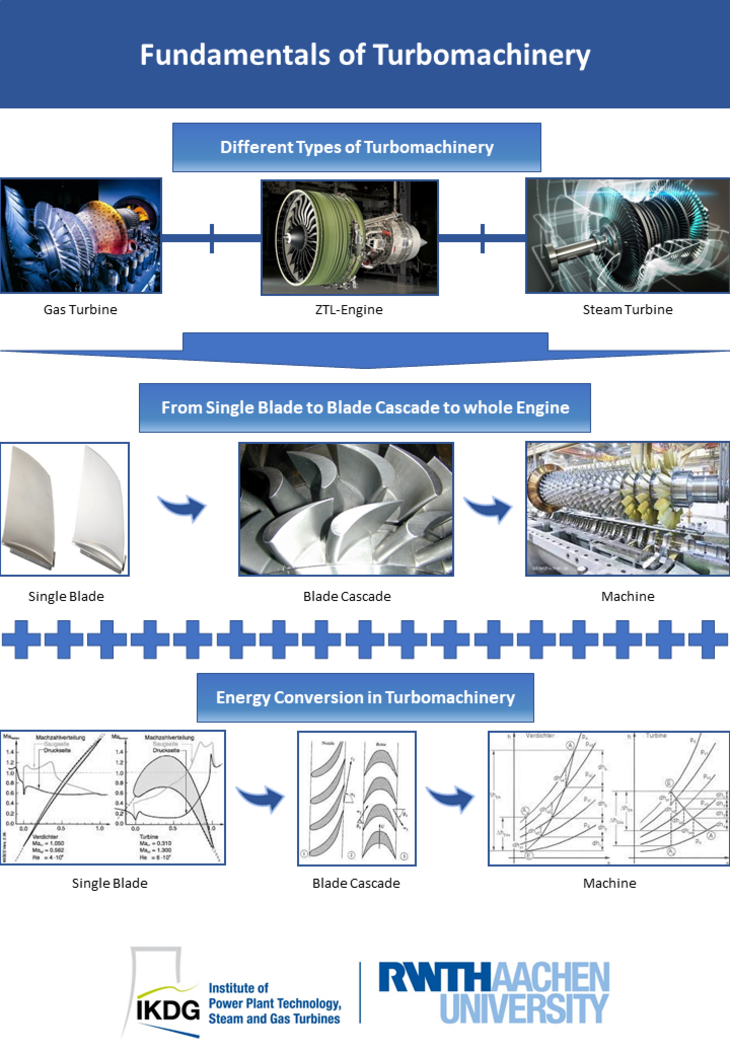 This course is organized by the Institute of Jet Propulsion and Turbomachinery (IST) and the Institute oft Power Plant Technology, Steam and Gas Turbines (IKDG) in an alternating manner.

This lecture applies the fundamentals of fluid mechanics and thermodynamics to turbomachinery. After a general introduction, it first deals with the mode of action of blade grids in turbines, compressors and pumps. The blade grids are then grouped into stages and their interaction in single- and multistage turbomachinery is examined. Furthermore, differently designed machines and systems are considered and criteria for selecting the appropriate design for a given problem are developed.

The lecture deals with the characteristics as well as the operating range limits of the machines and plants. They are clarified with the aid of the characteristic diagrams and charts commonly used in turbomachinery design. They are also used to explain the different control strategies for compressors, pumps and turbines. Finally, the various operating influences acting on turbomachinery and its components are described and ways of reducing their damaging influence are sought. Finally, this part of the lecture deals with the impact of energy conversion plants on the environment.

The language of this course is German.